This summer we got to go visit Bannock Ghost town in Montana. It was amazing to hear all the history of the wild west. Bannock was actually the first Capital for the Idaho Territory for years in the early 1800's. During this ruthless, lawless time there were vigilanties that would roam the Territory taking law into their own hands. This town became famous because by the hands of vigilaties more then 120 people were hanged in 6 months. Of which 28 were in two weeks. So you could only image what it must have been like to live during this time. We kept hoping the walls would talk to us and tell us!! In the early 1950's this town was still being lived in and was taken over by the state of Montana to make it a state park and preserve all the history here. ﻿
﻿﻿ 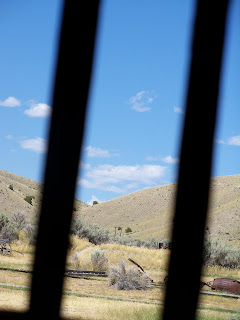 My personal favortie building was the jail houses. This one here had one tiny window. When criminals were imprisoned here that meant they were headed to the gallows. Looking out of the window would remind them of that sense it had the clear shoot to the gallows.
﻿
﻿ 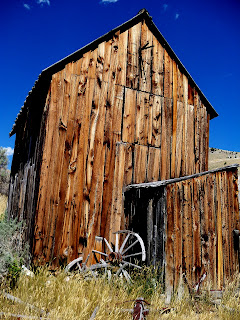 This Barn was miracously preserved. As you can see it has the outhouse attached to the outside of it.
﻿ 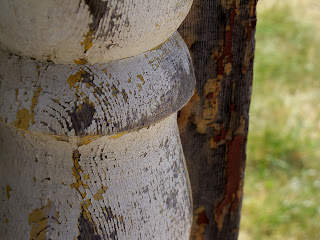 As we were walking through the craftmanship on and in some of these old buildings were amazing. Even more so to realize it was all hand carved. 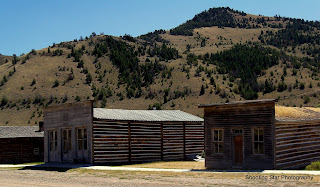 This is a few from across the Grand Hotel 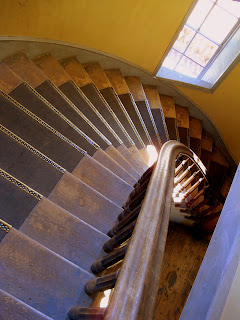 This photo is of the staircase in the Grande Hotel. It was amazing! 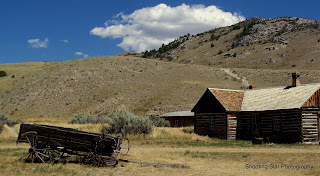 Another veiw of the town. Over the hill is the cemetary. Unfortuantly, we didn't get to see it on this trip. 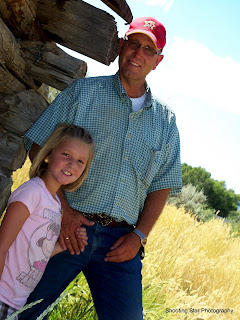 My dad and my neice were such good modles for me while I was practicing my still life.
Posted by Mandy